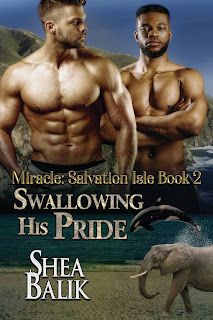 Miracle: Salvation Island 2
Since the day his pod had left him for dead, Teddy Finley had stop caring about anyone but the four men who he called his friends. If that meant hurting someone’s feelings, too bad. That’s why, when Yosi allowed hunted land shifters to come to their island sanctuary, he didn’t stop to consider his words. Then again, he never considered that his mate would be one of those shifters and would overhear Teddy declaring they should all be forced to leave.Jayden Falk was haunted. It was his fault his parents had been captured by the humans who had hunted them back home. He’d screwed up, which was something his herd leader claimed he did a lot. He didn’t expect to find his mate, no less overhear his mate declaring he’d messed up again and would end up getting everyone on the island killed because of it.Teddy learned his lesson about speaking before thinking. Would swallowing his pride earn Jayden’s forgiveness? Or was their mating doomed before it had even started?

As Luck Would Have It
Luck of the Draw 2

I have a gift for you all!  The NEW MPREG spinoff from Hart Medical, Hartland PD is LIVE! Here's the info on book 1! If you have not read Hart Medical, it isn't necessary to read Hartland PD, but I do recommend it, since there are some crossover characters and events. 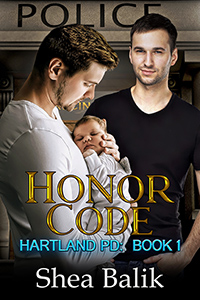 A vigilante has come to Hartland. With the police station barely staffed after the new Chief fired most of the bigoted Alphas, it was left to the remaining few to find who decided to seek justice outside of the law.Gal Church had walked away from the love of his life, Levan, hoping it would keep him safe. Too many cops still believed Omegas were nothing but possessions, and if any of them found out that Gal was in love with Levan, it might put the Omega in danger.Levan Katz had been hurt and confused when Gal basically abandoned him after he’d been injured by a group of Alpha cops. But he refused to sit around and mope. After weeks of rehab, he’d gone back to work, only to end up on a case with Gal.Thrown back into working together, the passion between them heats up. Will love win in the end? Or will it blow up in their faces?Warning: This series will overlap some in these books. Each book needs to be read in order to discover all the clues for each case as different characters will be investigating different aspects.
Posted by Avril S at 1:58 PM No comments:

The FINAL Hart Medical is HERE!! 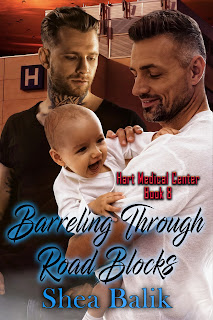 The FINAL book in the Hart Medical Center Series is now available!

The moment Soren Larsen first saw Cillian he knew they were meant to be together. Convincing Cillian would be tough, but Soren was willing to put in the work to woo him. That was assuming the stalker didn’t kill Cillian first.Cillian Driscoll had never thought too much about love. His career working in the emergency room as a physician’s assistant was too important to him to worry about the future. Then he got his first threat from the hospital’s stalker. He might have thought he was too independent to need an Alpha, but being in Soren’s arms was the only place he felt safe.The stalker’s plan to kill the Omegas of Hart’s Medical Center is cunning. No one is safe. But the stalker’s victims and their husbands refuse to give up hope.Can love really conquer all? Soren and Cillian will test that theory as they try to stop the stalker before it’s too late.Author's Note: This is the last book in the Hart Medical Center Series. Watch for more from the HArt Universe in 2021! 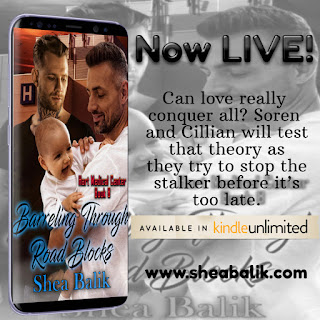 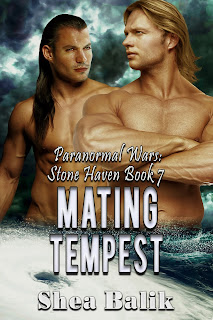 Mating Tempest
Paranormal Wars: Stone Haven 7
2nd Edition
Even though E. J. Jennings was forced to fight for the Psy, he never believed that violence was the answer. In fact, the very thought of causing harm made him sick.Strafe Winchester learned early on that violence was a part of life. He didn’t enjoy it, but he never shied away from it. If inflicting pain on the bad guys saved innocent lives, Strafe would make sure to inflict as much pain as possible.Strafe and E. J. were from different worlds, yet they must find a way to compromise if they have any chance to make their mating work. As they struggle to find common ground, they start to realize that their rigid views aren’t as black and white as they believed. Will they be able to find a shade of gray where they can be happy, or are they destined to live apart?
WARNING: Graphic Violence and torture
.
PLEASE NOTE: This is a 2nd edition. Although it has been re edited and re-formated, there are no significant changes from the 1st edition.

geni.us/StoneHaven7
Posted by Avril S at 12:50 AM No comments: 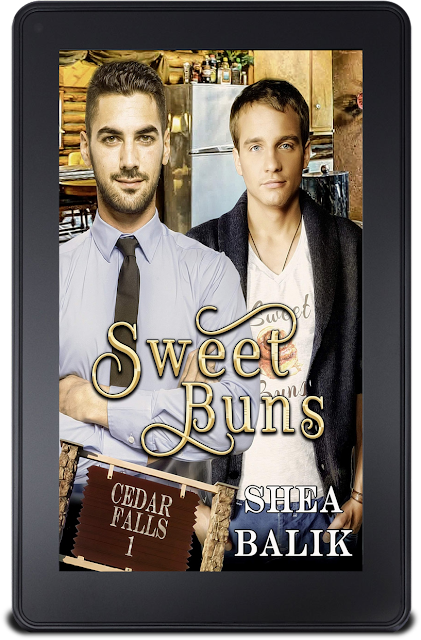 Zane Fisher is prepared to fight against a proposed casino being built in his small hometown. Sure, it would bring in more visitors to their dying town, but at what risk?

Aidan Dempsey is sick of the bad coffee Cedar Falls has so far had to offer. After an exceptionally bad cup, he’s decided to swear off the stuff, that is until he’s dragged into the local bakery. Not only does he find the best cup of coffee he’s ever tasted, but the bakery owner, Zane Fisher, just might be the sexiest man he’s ever met. Too bad Zane seems hell bent on avoiding him, as he’s the project manager for the casino Zane is against.

Will they be able to find common ground or will Aidan be doomed to only having bad coffee?

PLEASE NOTE:  This is the second edition of Sweet Buns. I have added 10K of new content and it has been re-edited! 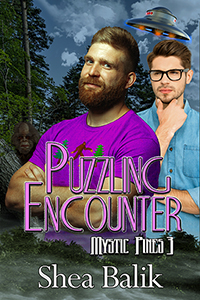 Come join us for a fun-filled vacation in Mystic Pines, Alaska, where the weather isn’t always warm, but our hospitality is.
Axom Boone has always believed that there was more out there than could be explained. He’d had his first encounter with Bigfoot when he was six and had been obsessed with the paranormal ever since. But not everyone understands. In fact, most tend to mock him or just call him crazy. But in Mystic Pines, he’d discovered a world that catered to his passion with the Alaskan Triangle, a place where anything could happen
Dawson Reeves moved to Mystic Pines to get away from a string of crazy boyfriends. But he had barely opened his bookstore when he caught a man stealing books from him, not because he didn’t have money, but because he thought they should be burned for daring to question that the paranormal activity of the Alaskan Triangle might not exist. Had he just jumped from the frying pan into the fire when it came to crazy?
Little did the two realize it would be the mysteries of the Alaskan Triangle that would bring them together. Then again, there was a chance the myths weren’t just legends and might kill them both. If they hope to survive, they will have to put their trust in each other, despite their differences.
Warning: This series takes place in the middle of the Alaskan Triangle. Anything could happen, from Bigfoot, to aliens, to disappearances and upside-down trees, so expect the unexpected.
Get your copy today! 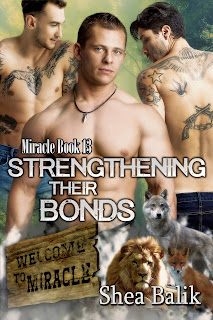